The below statement is from the James Cauty Website

James Francis Cauty aka Jimmy Cauty, is a British artist, born in Merseyside on 19 December 1956. He did not attend any music or art collage but over the past 40 years Cauty has distinguished himself as a musician, record producer, artist and cultural provocateur through fusions of high art, low art and popularist mediums sometimes to spectacular effect. From painting the multi million selling hippy poster The Lord of the Rings as a teenage artist in the 1970s to a string of global top ten hits as co founder with Bill Drummond of The KLF and The Justified Ancients of Mu Mu, and with Alex Paterson the Orb, to implementation of the The K-Foundation and the seminal actions, The 1994 K Foundation Award and Money (a major body of cash) to later artistic experiments with sonic weapons, Advanced Acoustic Armaments, anti Iraq war postage stamps with Stamps of mass destruction to imagined art collectives Blacksmoke and model making in A Riot in a Jam Jar, dissent, cultural subversion and a gleeful level of high humour are elemental to all the work whilst never failing to engage its audience in critical pleasure. His roguish and voluble approach has earned him a cult following for work that remains radical, responsive and darkly comical. He produces work that draws on and responds to contemporary culture, very often sampling it and sending/selling it back as recoded realities. In sonic weapon projects acoustic armaments were sent to protest sites and demonstrations, In billboard and stamp projects Mickey Mouse was sent to Iraq in ‘Operation Magic Kingdom’ whilst Julie Andrews danced across mountainous rubbish heaps, crushed cars were sold to second hand car dealers as bad art, short films have been made notably Believe the Magic in 2012 staring Debbie Harry Nick Lehan and Branko Tomovic, riots have been rendered as tiny 1:87 scale models often displayed in upturned jam jars. In 2013 The Aftermath Dislocation Principle continues this preoccupation with small world re-enactments, as a vast 1:87 scale-model landscape (equivalent to 1 sq mile in miniature) which has been completely looted, destroyed, burnt and is devoid of life apart from 5000 or so model police that attend this apocalyptic aftermath; a kind of bizarre twisted model village experience, where Cauty continues his fascination with subversion, consumerism and entertainment through creative exploration. The appropriated police riot shield series (Smiley Riot shields) 2014 were originally created in 2012 for the occupy St Pauls eviction London then sold through misspoken.com London. In 2015 the ADP was re branded as The Model Village and installed in Banksy’s Dismaland in Weston Super Mare. In 2016 the Aftermath Dislocation Principle was shoe horned into a 40ft shipping container with 123 holes drilled around the outside, then dispatched on a 35 date UK tour of sites of historic rioting #AdpRiotTour tour updates here

‘The information above has been cobbled together from a few different sources, the facts are correct but the descriptions of what I do may not actually make any sense’ 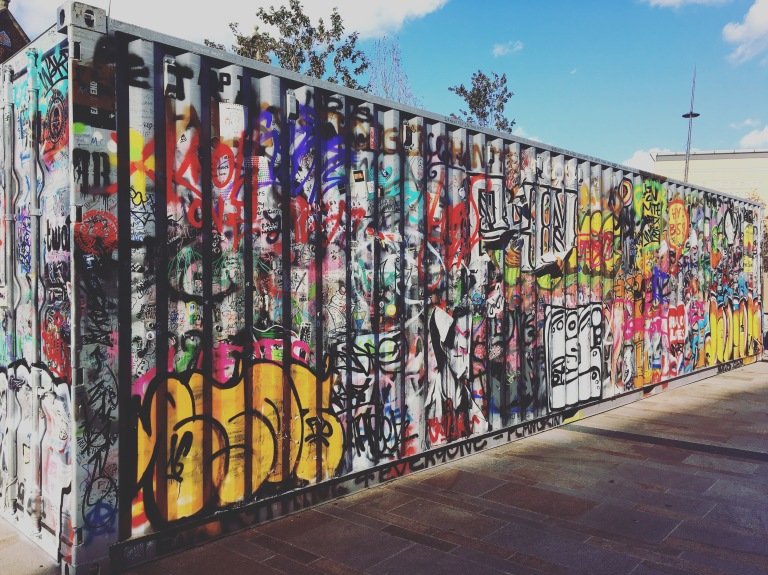 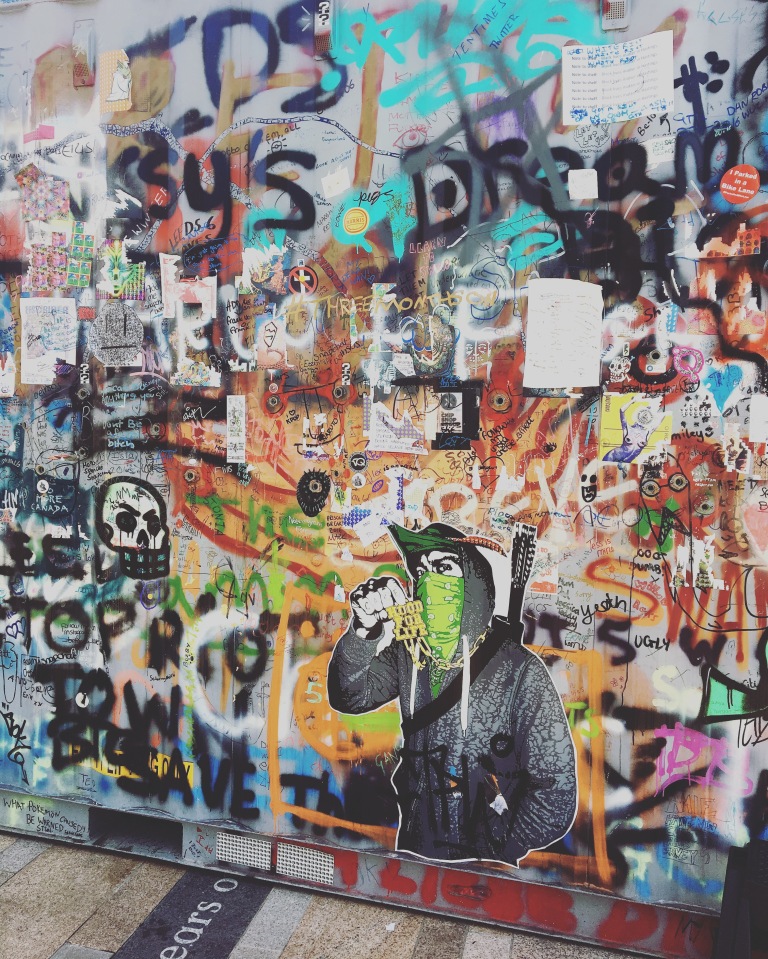